The last weeks saw Nigeria at the centre of international attention and debate. 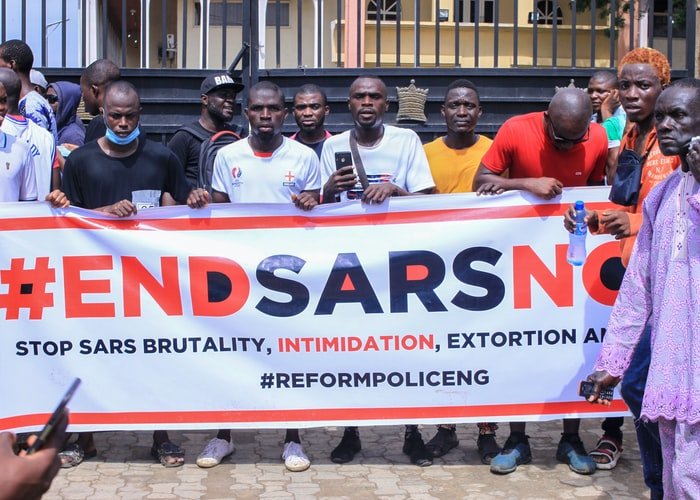 We often hear about this country in international newspapers regarding the economic interests linked to the enormous resources of its territory. Western fiction, on the other hand, falls drastically when it comes to deepening and analyzing the situation in Nigeria from a social point of view, unless this can have repercussions at the international level.

This is the case of the ENDSARS movement, which has reached its peak in recent weeks thanks to a series of events started in Lagos, the most populous city in the country (and among the most populous in the world). Thousands of people, especially young people, gathered to protest the violence and brutality perpetrated by a particular section of the Nigerian police, called SARS (Special Anti-robbery Squad).

The movement ENDSARS started growing especially in the last 3 years thanks to a considerable media consensus and it was among the main push factors to contribute to the dissolution of this body dedicated to the security of the territory. In an extreme attempt to stem the spread of protests, the government has decided to decommission this sector after almost thirty years of activity.

Currently the situation is growing thru a state of deep tension both at the national and international level. The consequences of the internal political and social choices in the country could radically effect Africa and the rest of the world both at an economical and political level.

Deeper analysis is dangerous and probably impossible at the current stage. Only one point is certain and clear to all parties: a careful eye must be kept on the Nigerian dynamics today.