The possibility of World War 3, potentially the deadliest in human history, is a concern for many. This conflict could potentially take place on multiple fronts, including Europe, the Pacific, and the Middle East. If you want to know more about the possibility of World War 3 and what it could entail, it is important to stay informed and stay up to date on current global events and relations between nations.

The potential for a global conflict, or World War 3, to erupt is a significant concern for the entire human population. If one of the many ongoing regional conflicts or tensions were to escalate into a world war, the consequences would be devastating. Some have speculated that World War 3 could occur as early as 2022 or 2023, and the war in Ukraine serves as a cautionary tale of the destruction and casualties that can result from a conflict between two conventional armies. In a World War 3 scenario, it is likely that all armies around the world would face similar destruction and losses. Keeping up with the latest news and developments in global relations is crucial for understanding the potential for a World War 3 outbreak.

In the early stages of World War 3, intense fighting and destruction can be expected as different sides battle for control. This may involve the use of cruise missiles and efforts to gain air superiority, similar to what is often depicted in media. If the conflict involves combined arms operations, it could lead to complete chaos, albeit temporarily. Eventually, both sides would likely run out of supplies and equipment, leading to a shift in the nature of the conflict. In a World War 3 scenario where nuclear weapons are not used, military equipment would likely be exhausted relatively quickly. This could lead to a stagnation of the front lines and a greater role for infantry in the conflict.

It is important to consider the broader consequences of a world war, as it would have devastating effects on the entire planet. Globalized economies and supply chains would be disrupted, leading to shortages of essential resources such as metals, oil, and food. This could result in widespread hunger, even in countries that are not directly involved in the conflict. Additionally, a world war would provide an opportunity for smaller nations to escalate their own conflicts while the major powers are distracted, potentially leading to a reset of the status quo in the aftermath of the war.

The long-term consequences of World War 3 would be catastrophic if nuclear weapons were used. Both Russia and NATO would suffer devastating losses and potentially face total destruction. In an attempt to prevent retaliation, both sides would attack each other’s military launch facilities, but this may not be enough to stop a counterstrike. If primary targets are destroyed, the next step would be to attack industrial facilities to hinder the enemy’s ability to rebuild their infrastructure and armaments. Population centers may also be targeted as a means of destroying industrial facilities and killing a large portion of the enemy population. However, it is unclear what each side would be fighting for at this point, and the survivors of a nuclear winter may face extreme freezing or starvation. The future outcome of World War 3 is uncertain if nuclear weapons are involved.

Avoiding World War 3: What Can We Do?

As the world faces an economic crisis, the aftermath of a global pandemic, climate change, shifts in global power dynamics, and resource depletion, the risk of a major conflict escalating into a full-blown World War 3 becomes increasingly likely. While it may seem impossible to halt the downward spiral toward disaster, it is crucial that we do everything in our power to avoid the catastrophic consequences of another global war. From finding solutions to the underlying issues driving tensions to work towards international cooperation and diplomacy, there are steps we can take to prevent World War 3 from becoming a reality. Let us not forget the lessons of the past and strive for a peaceful future for all humanity.

INSIDER RELEASE is an informative blog. This blog discusses various topics. It is emphasized that the ideas and concepts, although based on research from official sources, are the result of free evaluations by the writers. The BLOG, in full compliance with the principles of information and freedom, is not classified as a press site.

World War 3 Is Around The Corner.

RT @NEISION_: Some of you don’t know that I have #YouTube channel. My latest video about World War 3🤯Have you prepared for it? Cause maybe… 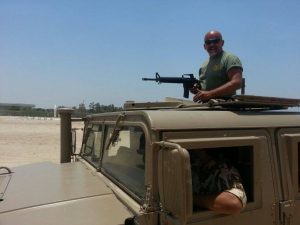