We had the honor to interview a person who has been on the frontline against poaching for the past fifteen years. 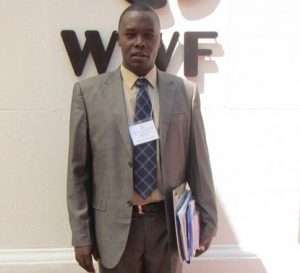 The anti-poaching sector is becoming more and more interesting in recent years due to many mutations occurred at a global level that highlight how the impact of poaching is deeply influencing not only the conservation of biodiversity but also the growth of international crime and transnational terrorism.

The international political agenda is gradually becoming more sensible to the anti-poaching matter and a lot has been accomplished. Despite the effort of many, at a global level, the “good fight” is losing terrain and, ultimately, we are losing.

We had the honor to interview a person who has been on the frontline against poaching for the past fifteen years:

Can you give us a general overview of the poaching situation in Kenya?

Yes, first of all I can start with my background. I am involved in conservation from a long time now and I have studied natural resources management here in Kenya. This job meant a lot of effort but it is also a matter of great passion and pride for us.

Today about 2000 people are involved in anti-poaching in this country and face daily major threats while on duty.

When I started as a ranger, I had my tasks and my specific operational job, today I manage teams of men doing what I once used to do. Actually, I manage an entire area of the park and about 55 men with different duties. Most of them patrol and control the territory, monitoring the most vulnerable areas in search of eventual trespassers and poachers.

The job of a good ranger is not only operational but should also be largely based on the collection of intelligence about the poachers. If we think about it, most of the operations are actually tracking and monitoring, we surely also remove traps and snares and, only few times engage direct firefight with the poachers.

Most of the job of my men is about prevention and gathering useful information even if it is not easy on such vast and complex territories and with the training they have now. Poachers are a difficult enemy to fight since they hide in a environment they know well and have a deeply destructive will. 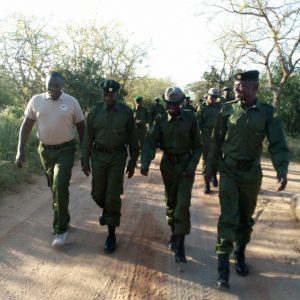 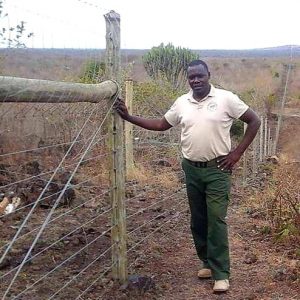 Which is the poacher’s main strategy? Has the pandemic affected it?

The pandemic has affected the poaching industry at some point globally and some dynamics are changing even if it’s true that up to now we don’t notice so much difference at an operational level. It actually seems that the phenomena is slightly decreasing due to the difficulty of moving for the poachers in the streets today.

The law enforcement is truly helpful on an operational point of view normally but now the police is very busy on the COVID-19 emergency and lacks energy and men to coordinate with us. We are somehow vulnerable, but the physical barrier of the new electric fence is doing its job. We have everything under control.

One important thing that is already changing due to the Corona virus is the lack of founding on our sector. For sure come cuts had to occur but we are concerned about some of the choices made at the high levels. Fortunately, we can always count on the help of the Sheldrick Wildlife Trust, they have been following us in our journey since many years.

The main strategy of the poachers does not change rapidly. They normally enter the park in pairs and the do what they know best, hiding. They can hide for few days and rarely up to one or two weeks even if it only happens for elephant poaching. Here they normally come for bush meat, small animals or charcoal.

Are the poachers linked to terrorism? Who funds them?
It is true that some poachers are linked to terrorist groups or are in some way the cause of a flow of economic resources that nurtures extremist groups but even if this is common in some scenarios, I think it’s the exception here in Kibwezi National Park.

The ivory exploitation sector is surely a great business for the powerful people who fund the elephant poachers and some of the money goes to terrorism. Now, with the pandemic something must have changed also in the funding and in the demand for ivory and other poaching-based resources.

In order to know our enemy better it’s fundamentally important to start creating a culture of intelligence gathering among the rangers and the people living in proximity of the park. We have the idea of creating an application that will help us on reporting criminal activities and track the poachers also virtually. Intelligence might be the future of this sector but we need to find strategies to implement technology and new methods. 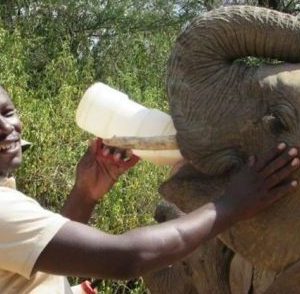 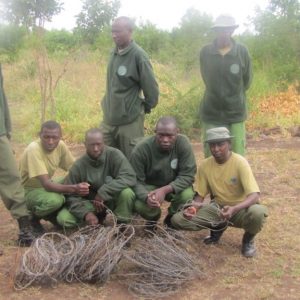 How would you implement intelligence in anti-poaching?

I view the intelligence gathering to be the future of the ranger as a professional.

We are normally trained to accomplish many important tasks on the field at an operational level but unfortunately, often my men lack of a basic knowledge in what intelligence collection is and how to apply it to our workfield.

We would need to build a customized course for our needs where an adequate amount of time should be spent on the use of technology to gather information from the field and about suspect activities outside of the park’s fence.

Imaging, HUMINT techniques, cameras, drones and specific technical training would be a great set of new weapons to serve us on the field. Sometimes guns are not the correct tool, sure this is a war but we need to fight with our minds first.

Do you want to tell us something about Africa and your personal commitment?