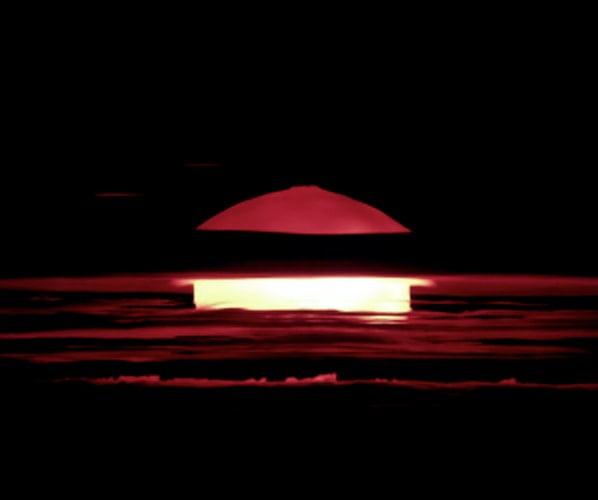 The outbreak of a Third world nuclear war has “extremely high probabilities” in the coming years, due to the gradual advance of the global economic crisis, climate change and its consequences in terms of resource reduction, and further, the risks associated with emerging powers and their expansionist policies.

There is a growing feeling of distrust in the world and there is no doubt that there is a strong concern that the growing tensions between the “strong Nations” could escalate into a large-scale global conflict, which in reality no one wants, but which always seems more inevitable.

Following the Second World War the United States and the Soviet Union were engaged in the Cold War, during which it seemed that nuclear war could break out at any moment. Several times there was a concrete risk and humanity was never so close to its eternal abyss.

Currently, setting aside the growing tensions between the US, China, North Korea and Russia, the most likely scenario of a nuclear war comes from the long unresolved conflict between Pakistan and India, and a subsequent escalation among the other international players.

An event of this magnitude would trigger a point of no return from which our society would hardly be able to survive, at least not in our today definition. However, this factor has so far played a deterrent role. The effects of the devastation are well known and in reality, no Nation really wants to incur to the total destruction, it would be madness. However, madness is an integral part of the essence of many human beings and as has happened in the past, the crazy choices of a few have dictated the fate of many.

In order to better understand what we are talking about, it is interesting to analyse the following simulation – scenario, which consider the possible implications. The following video evokes the grim outcome of a possible nuclear war between the US and Russia that would “immediately kill 34 million” people and “91 million” in less than an hour. This estimate was developed following a Princeton University research.

As terrifying as the numbers reported in the video are, they are only the top of the iceberg.

The outbreak of a massive nuclear war, as proposed in the video, would have thousands of other related catastrophic consequences, which, finally, would be followed by a long nuclear winter that could last decades. A hypothesis to which most living beings could hardly survive.

Despite the known and dire consequences of a nuclear conflict, such weapons continue to proliferate and end up in the hands of new emerging powers of which about their real intentions, little or nothing is known. All that remains for humanity is the hope that one day we can take a step back and understand that sometimes it is better not to exceed certain limits from which there may no longer be a point of return.

Why China is angry? Wrath of the Red Dragon.

Why China is angry? Wrath of the Red Dragon.