What is the purpose of religion? What is the origin of religion? Complex questions that are very difficult to answer. We do not know much about it, much is lost in the immensity of time that passes, inexorable. However, nothing is really lost forever.

Let’s take Christianity as an example, one of the most widespread religions today. One of the cornerstones is the Eucharist, the division of bread. “This is my body…” Jesus said, during the Last Supper, sharing the bread with his disciples. When Christians hear these words spoken in the present, the past comes to mind, which is always with us, and never goes away. This ritual is reflected in almost all religions.

But how much past do we really remember? What are our beliefs based on? Without a shadow of doubt only what happened in the last thousands of years. Years full of doctrinal controversies, splits, violence, wars in the name of faith, pronouncements, metaphysical debates, and undoubtedly power games.

What is the origin of religions?

Conducting an analysis of the origin of religions undoubtedly has few concrete foundations, excluding the basic principle, the ritual of sharing.

Let’s try to go even further back into the past. Every religious meal is, above all else, an act of sharing the table, a very important rite. A ritual already present since the emergence of modern human beings, about 200,000 years ago. Still, Homo Sapiens wasn’t the only species to discover the benefits of sharing. Neanderthals have certainly pooled their resources, as have many other Homo species dating back two million years.

Imagine for a moment the hunters of millions of years ago, feeling proud that they did well and shared with their group. Those who procured the food are recognized and appreciated for sharing. While everyone feels good about getting food, lots of positive social interactions are taking place. No wonder so much mythological content is built around the meal ritual.

Sharing, once again, in the metaphysical definition of the religious concept. Religion is also the shared reverence for the supernatural, sacred or spiritual, as well as the symbols, rituals, and worship associated with it. Human beings unite in a single moral community. A way to feel together, united, a shared singularity. This was undoubtedly the starting point of the whole concept in the societies of our ancient ancestors.

Today, many are completely ignorant of the fact that for most of known human history religions have had a shamanic form devoid of even gods and moral codes. By shamanic we mean experiences that commonly involve trance and journeys into the “spirit worlds”. The forms of shamanic religion date back millions of years ago and united the communities of our ancestors in a common creed, without impositions, but based on personal and at the same time, shared experience of contact with the unknown. The shaman was the guide, a man among men, who “holding you by the hand” accompanied you towards the encounter with the unknown. The message deriving from this experience was personal but at the same time shared or shareable with other members of the community. Shared, not imposed, it should be emphasized.

In contrast, theological-based forms are only a few thousand years old and are characteristic of post-agricultural, sedentary, highly organized, and class societies. By introducing the codes, the doctrine, and the rules, although probably initially with the sole purpose of passing on ideas, the relationship between man and the “unknown” has been undermined, polluted, suppressed, and interrupted.

In this regard, the freedom of faith and of one’s own choices has been entrusted to the directives (and control) of other human beings, who obviously have transformed it into an instrument of power and social control over time. We have literally gone from a free and shared experience to an imposed and codified experience.

From this point on, the cornerstone of every religion became to respect for the codes imposed by men on other men. The portal between men and the unknown has closed and many have begun to believe that the only way to reopen it was to rely on the dictates of the self-proclaimed holders of the “key”. The concept of religion, therefore, becomes more a concept of privilege, of human property of a few, rather than a bridge between the physical and the metaphysical, which one can decide to cross or not cross, freely.

Conclusions – What Is The Purpose Of Religion?

It is difficult to imagine and accept the concept of religion without the ability to fully understand it. Human solidarity is possible only through the emotional excitement that revolves around positive emotions such as love, happiness, satisfaction, care, loyalty, and a bond with the natural and the unnatural. It cannot be understood or accepted if all this is exploited by some humans to subjugate other humans.

The man who stands above other men, who dictate their rules and punish their transgression is not religion, but politics, a mere tool of social control. This does not at all mean that the division of power within a structured and highly complex society is not necessary. It only reiterates that it is necessary to be able to distinguish between two diametrically opposed but complementary concepts.

What is the purpose of religion? The real purpose? Probably remind us that not everything is purely human and that everyone, equally, holds the “key” to the door of the unknown, buried deep down, very deep, in the darkness of each of us. Without the light, the real one, it can never be found again.

@SpiroAgnewGhost This is true purpose of Religion.

@CatDeann What’s the difference between religions and mythology? Is the purpose of religion to understand the world around us?

RT @nntaleb: The main purpose of religion, I wrote in the Incerto, is not to affirm that there is a God, but to prevent humans from thinkin…

@QuetzalThoughts Isn’t the whole purpose of religion to define the meaning of life? No secular beliefs can possibly compare. 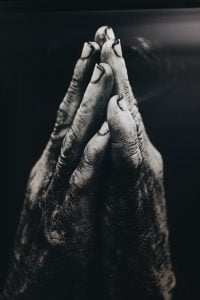 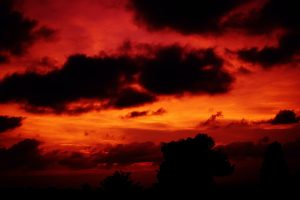 Exploring the Concept of Hell in World Religions: A Multi-Faceted and Controversial Belief 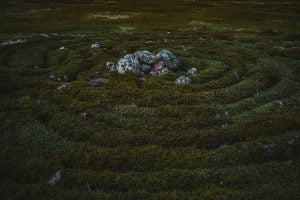 An Introduction to Paganism: A Nature-Based Religion with a Rich History