How much do we really know about the origins of humans?  Very little.  What happened before history?  It is hard to define.

What we know is just a tiny piece of a mosaic that may have been lost forever. The only way we can try to make sense of the mysterious human origin is to proceed with theories, some of which are supported by fossil finds.

First, we need to define the main parameter: “What exactly is a human being”?

The evolutionary lines of the modern human being are manifold, and little is known about them.  Numerous human species have succeeded one another on this planet, through a very long evolutionary process that lasted millions of years.  Among them, Homo Neanderthalensis, considered the last surviving congener, disappeared between 25 000 and 30 000 years ago.

No one knows for sure how many human species have lived and become extinct over time.  However, we know that in the end, only one human species has survived to this day, that of Homo Sapiens.  The species we belong to.

The birth of the concept of history

One of the many theories places Homo Sapiens around 200,000 years ago, in East Africa.  According to other theories, this human species started several migratory processes about 65-75,000 years ago, coinciding with drastically reduced world resources and population.  As a result, it is assumed, the colonization of the entire planet began.

Unfortunately, there are no writings that can tell us exactly what happened during these thousands of years of human evolution.  The very concept of “history” was absent at this time. The concept of history, as we define it today, is conventionally traced back to the invention of writing.  Everything that happened before, is called prehistory.

Here too, we are a long way from having reliable data.  By convention, supported by archaeological finds, the first forms of writing date back to 3200 BC with the invention, in Mesopotamia, of the cuneiform characters.  At the same time, writing with ideograms spread among the Maya peoples in South America and among the Egyptians in Egypt.

However, the process leading to the invention of the first forms of writing is much longer and more complex and can be traced back to the Stone Age.  This is demonstrated by the thousands of primitive paintings in the caves that our ancestors left us as a testimony to a single certainty, our unstoppable need to communicate, tell stories, to leave a mark. Images that offer us a very fragmented vision of what happened before history.

Communication, language, and the ability to transfer and pass on information are the pivots around which all human evolution revolves. Very important concepts deserve to be analyzed in separate articles and reflections.

Do you want to report something?

INSIDER RELEASE is an informative blog. This blog discusses various topics. It is emphasized that the ideas and concepts, although based on research from official sources, are the result of free evaluations by the writers. The BLOG, in full compliance with the principles of information and freedom, is not classified as a press site. 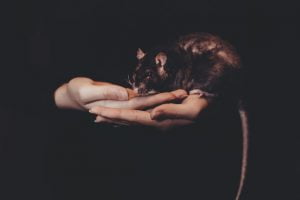