What is the truth behind captive bred lion industry in Africa? When we think about Africa, most of us imagine vast open plains, untouched landscapes, pristine habitat and millions of free roaming animals, who fight for survival in extreme conditions, yet, in perfect balance.

However, the fairy tale is a bit difference in the real life. With human overpopulation, desertification, plantations, agriculture, urbanisation, mining, the land available to wild animals is more and more restricted to some natural reserves and national parks. This of course has implications on natural migrations (that do not happen in South Africa as the reserves are fenced to protect animals from human-wildlife conflict) and genetic biodiversity, as the number of wild animals decline every year.

All the above, gets even more negatively impacted by the captive breeding of wild animals (especially lions) and poaching – that, by definition (britannica.com), is “the illegal shooting, trapping, or taking of game, fish, or plants from private property or from a place where such practices are specially reserved or forbidden. Poaching is a major existential threat to numerous wild organisms worldwide and is an important contributor to biodiversity loss”.

The captive bred lion industry has existed since around the 60’s, when people from the cities could not afford to visit the South African National Parks (such as Kruger) and some facilities in the cities were created for people to go and see lions and interact with the cubs. If back in times, this could almost be “acceptable”, now a days, with the evolution of the society, globalisation, importance of keeping a healthy genetic and most of all, respecting wildlife in their natural habitat, this practice can’t be tolerated any longer.

READ MORE: What Does “Conservation” Mean? – The Defence Of Our Ecosystem

The captive bred lion industry has huge repercussions in several aspects: lions are taken from the wild to be bred in captivity, it has a bad impact on the image of South Africa, it is not considered ethical, there is a lot of inter-breeding and loss of genetic value and the animals are often kept in horrible conditions. However, this is just the tip of the iceberg.

The reasons behind this practice

South Africa is the only country in which lion bones can be exported legally. Cites establishes the amount of export permits per year: up to 2018, 800 skeletons could be exported. After that date, the numbers are not really set, but there are valid reasons to believe that the number of exported lion skeletons has increased drastically. Lions are bred in South Africa mainly for these reasons:

Canned hunting refers to the shooting of captive bred lions in small enclosures to obtain cheap trophies without giving the animal the chance to escape in its natural environment. Once the lions are shot in small areas, the bones are then subsequently exported to the Eastern countries.

The captive bred lion industry is certainly a very controversial and for many, non-ethical practice that should come to an end.

However, opposed to this, the local predator-breeding industry argues that captive lion populations act as a buffer against wild lion poaching as it satisfies the demand for bones. If we look at what is happening to the rhinos, this point could “almost” make sense, as there is no legal trade allowed in rhino parts and poachers have been slaughtering the wild rhino population.

At the beginning of May 2021, SATSA, the voice of inbound tourism, has welcomed this weekend’s release, by Environmental Affairs Minister Barbara Creecy, of the High-Level Panel report which advocates putting an end to captive lion breeding.

The panel was established in August 2018 and concluded its work in December 2020, submitting recommendations on policies, regulatory measures, practices and policy positions related to hunting, trade, captive keeping, management and handling of elephant, lion, leopard and rhinoceros.

For now, we can only wait and see how the situation will develop and to hope that considerate and well planned solution will be taken to manage this controversial and delicate topic.

Definitely, a continuous education of the Asian Market with the aim to drop the demand and the spread of awareness among tourists to prevent them to go petting lion cubs, could be a vital strategy to slow down the demand and finally ending the lion and tiger bones request by Asian countries.

Will we have enough time to educate everyone? What will happen to the lions in captivity? Will wild lions be more poached resulting in a drastic decrease of their population should the captive breeding of lions end?

Many opened questions to which, for now, we do not have an answer. 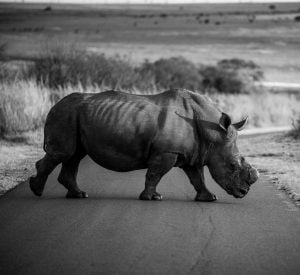